I don't know about you...but I am ready for the arrival of autumn. It has been so hot lately, I hibernate in my house with the air conditioning blasting. I prefer the fresh air blowing through my open windows, but with the heat... not gonna happen.

I feel like autumn is coming soon. Not just because September is around the corner, but because I can feel a change in the air. It feels thinner and a little lighter. Are you ready for autumn? Ready for the long hot days of summer to be over?

My garden is ready for autumn too. Pumpkins are growing, tomatoes are plentiful, as well as the bell peppers, eggplant and jalapenos. I really hope to have at least one pumpkin from my garden for Halloween. 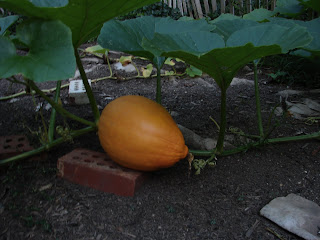 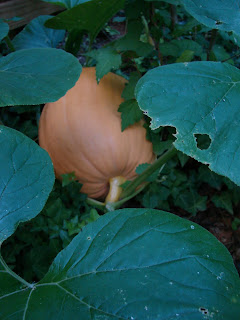 As I was picking tomatoes tonight, I saw the prettiest sunset ... it was so lovely I had to run to the house and grab the camera. While I was out, I took he photos of the pumpkins. 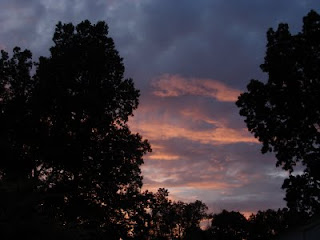 And how the swift beat of the brain
Falters because it is in vain,
In Autumn at the fall of the leaf
Knowest thou not? and how the chief
Of joys seems—not to suffer pain?

Over the summer I embarked on several new adventures. The biggest was the remodeling at my home. Another big one was participating in a "Shop Local Fair". The was quite an adventure for me on several levels.

One, I don't like crowds (I have serious social anxiety issues).
Two, I have never vended before and wasn't really sure what I was doing.
Three, I didn't give myself much time to prepare items to sell.

There was no way I was backing out of this, even though every fiber of my being was screaming at me to stay home and bury my head under the pillows. I made myself go and I'm really glad that I did. I had a good time and even sold a few items. :-)

It wasn't nearly as packed as I'd expected it to be. I was in a good mostly shaded spot on the patio and the vendors that were around me were very nice. I had taken to card tables to use but realized that I only needed one for the things that I had. So, I set up my table and proceeded to spend the day hanging out, meeting people and knitting.

The items I was offering were hand-knit scarves (which in July really isn't something people are looking for), beaded bracelets and spirit catchers. 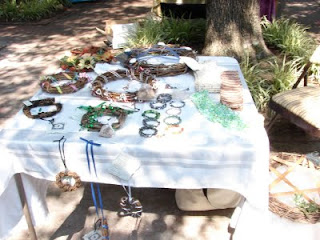 There is another fair planned for November. I'm thinking I might participate again, this time I would have more scarves made and certainly that would be good in November.

I have several other things I want to make, many ideas floating about in my head. It is mostly a matter of sitting down and doing them. I am trying so many different things trying to find the one that I'm really good at. There has to be something...

Another adventure is that I went to a club a few weeks ago and saw my friends band play. I stayed the whole time and didn't get in until after 2am. I had a blast despite the cigarette smoke and all the drunks. I'm hoping to go again soon to see them perform.

The garden is doing nicely. I've had tons of tomatoes, both cheery and big boy. I've also had a good bit of eggplant, bell peppers and jalapenos. I've had several little pumpkins that ended up rotting on the vine, but right now I have two very nice sized ones that are still hanging in there. I am so excited about that. I'll try to get a photo next time I am in the garden.

The landscapers came while I was away from the blog and cleaned up a lot in my jungle. It looks so much nicer. Now I just have to figure out how to get rid of most of the ivy with using chemicals. 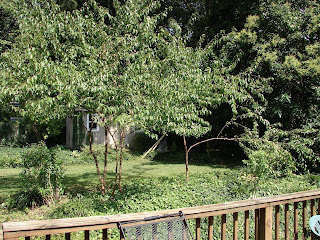 I have so many ideas for the garden. I can't wait for the weather to turn cooler so I can get back out there working. I just can't work when the temps are over 80...I don't last five minutes.

I'm off now, I need to check the laundry, and get ready to go out. I'm meeting Mum at one of the shops to hunt the sales for cushions for the patio furniture. This is the time to buy and I know the ones I have right now will not last through next summer. 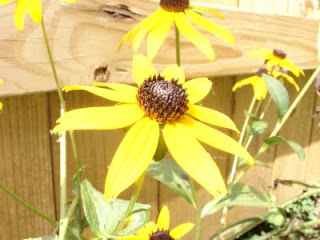 Have a wonderful Sunday...

Does it feel like I've abandoned my blog? It does to me, too. But I swear it wasn't intentional. The time has just flown by...one minute it was the middle of June and then I turned around and it is the middle of august. How did that happen? I guess there was just so much going on that I couldn't keep up. I'm still trying to catch up with myself. Ugh.

So I have lots to share, lots of pictures. I will probably not try to fit it all in on this post. It would be wise to spread it out a bit. So I'll start with the remodel. They finished the main projects on time and there was just a few little things that they had to come back and do after I'd moved home and brought the babies home. Boy were they happy to get home. I think they thought I'd abandoned them.

Anyway, in the below photo you can see the new paint and the old floors... 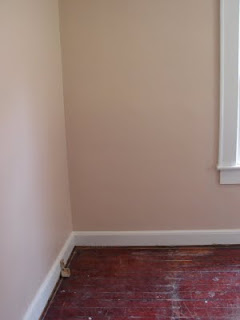 And the next photo is what the floors look like after refinishing... 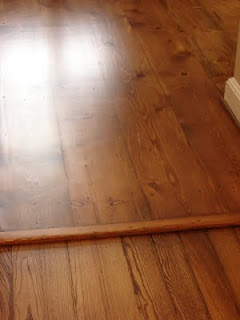 The top part is the breakfast room/kitchen floor (heart of pine wide plank) and the bottom part is either white ash or oak (the floor guy wasn't sure). I think they both turned out beautifully.

The other big change...the bath... 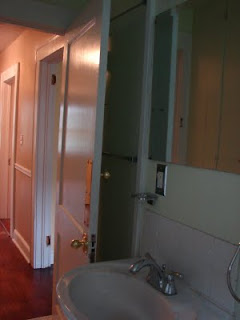 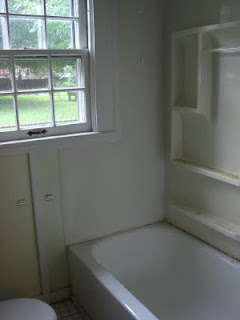 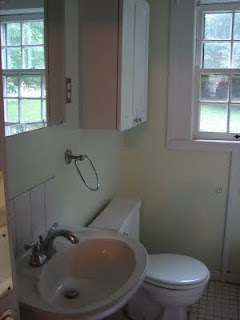 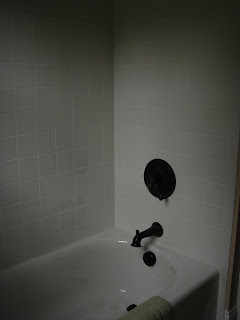 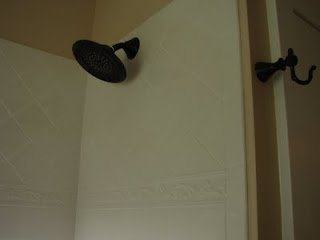 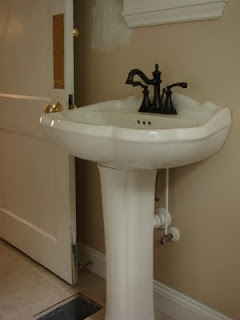 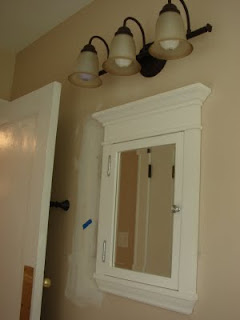 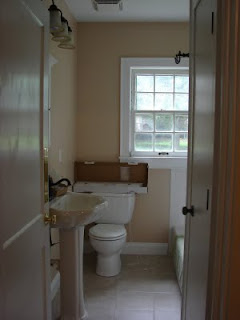 Of course there was lots more done, but no real photos that would show the changes. I'm just happy to be home. I am unpacked for the most part. I still have my studio to contend with and will begin working on that next week. I had shelving hung in the closet of that room so that I would have a nice storage space for my supplies.

Oh and to help protect my floors, I bought Dylan a huge,cushy bed for him to lay on instead of him laying on the floors... 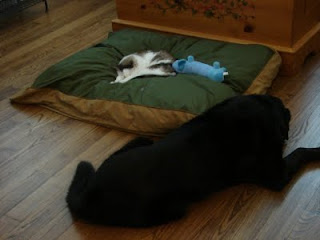 I'm off now... I'm getting my hair done in about an hour and still have to decide on the style/color. I'm torn between having it dyed black or red. I've been a red head before (and my natural color has bits of red in it) but I've never had black hair. Hard decisions...

Have a wonderful Saturday...
Blessings
~*~