I keep meaning to get here and just haven't been able to do so.  Head pain funks, party planning, creating things for said party, doctors appointments major anxiety issues and pruning shears punching a whole in my foot have all conspired to keep me away.  The meds I'm on for the foot injury keep me pretty much unconscious.  I've been having to go to the doc every day since I injured my foot.   Due to the diabetes and how quickly it became infected they want to keep a close eye on it.  oy vey!

The garden in coming along slowly.  We had so much rain for a few weeks that several of my babies drowned but of course the weeds flourished.  I've been trying to work on the beds a little at a time (before I hurt my foot).  There is no telling what kind of chaos I'll find out there now.  I do know that all thirteen mounds of pumpkins have sprouted and seem to be doing well.  That makes me very happy!

I'm trying to get myself ready for an art retreat that I signed up for.  It is the week after the fourth of July and now that it's getting close my anxiety is kicking in and making me doubt that I should have signed up.  I suspect it is too late to get out of it with any money back and it cost more than I can afford to lose.  I need to get online and order supplies so they get here in time, but I've been unable to be online for long.

And then yesterday, I found out that I'll need to be hospitalized two days after I return from that trip.  I'll go in for approximately three days for some kind of drip and closely watched.  It is to try to break the cycle of the headaches they said.  Today I started a steroid burst that is supposed to do the same thing but so far they seem worse.  I'm on so many different medications that I don't think my body knows what to do.  Maybe that is why I can't stay awake.

Sorry there aren't any photos today.  I'm just trying to get some of these thought out and the camera is in the other room.  I don't have the energy to sort through it right now.  Next post I'll have photos.  :-)

I hope everyone is doing well.  I'm off to sort my way through bloglandia and see what you all have been up to.
blessings
~*~ 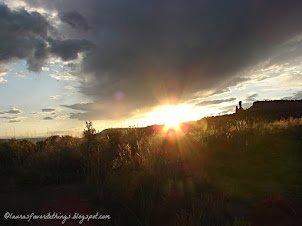